Find a whole community of professional writers right here in historic Livingston, Montana, attracted to this area for many reasons, including the surrounding beauty and the peaceful small-town environment. Read More

Livingston and the surrounding area is home to more professional writers, per capita, than San Francisco, New York City, or any other literary Mecca you’d care to name. In this corner of Montana known for its high density of literary talent you will find novelists, science fiction writers, adventure writers, screenwriters, journalists and more.

What draws them to the area, no one is sure, but many argue that it is the surrounding beauty and the small town hospitality and attitude. Writers love it here because of the Yellowstone, the mountains, the small-town comfort, the people. In addition, maybe they too, like the idea of having a sympathetic ear of someone who is in their same profession available when they develop writer’s block or are having trouble with a manuscript.

Tim Cahill
A travel writer who is a founding editor of Outside magazine and currently serves as an "Editor at Large" for the magazine.

Steve Chapple
The author of eight books and two screenplays. He is a contributing editor of the San Francisco Examiner Sunday Magazine and of Sports Afield.

Alston Chase
He has written widely on natural history, the environment, and animal welfare issues. He holds degrees from Harvard, Oxford, and Princeton universities. In addition to his fiction writing, he has written well-received analytical books.

James Harrison
An American author known for his poetry, fiction, essays, reviews, and writings about food.

William Hjortsberg
A novelist and screenwriter best known for writing the screenplays of the movies Legend and Angel Heart.

Thomas McGuane
He is the author of nine novels, three works of nonfiction, and one previous collection of stories.

Scott McMillion
An award-winning journalist, and the author of Mark of the Grizzly. He is also senior editor of the Montana Quarterly magazine for the past five years.

Doug Peacock
Is an American naturalist, outdoorsman, and author. He is best known for his book Grizzly Years: In Search of the American Wilderness, a memoir of his experiences in the 1970s and 1980s, much of which was spent alone in the wilderness of the western United States observing grizzly bears.

David Quammen
Is an award-winning science, nature and travel writer whose work has appeared in publications such as National Geographic, Outside, Harper's, Rolling Stone, and The New York Times Book Review.

Maryanne Vollers
Is an author, journalist and well-known ghostwriter. 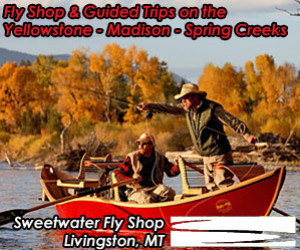