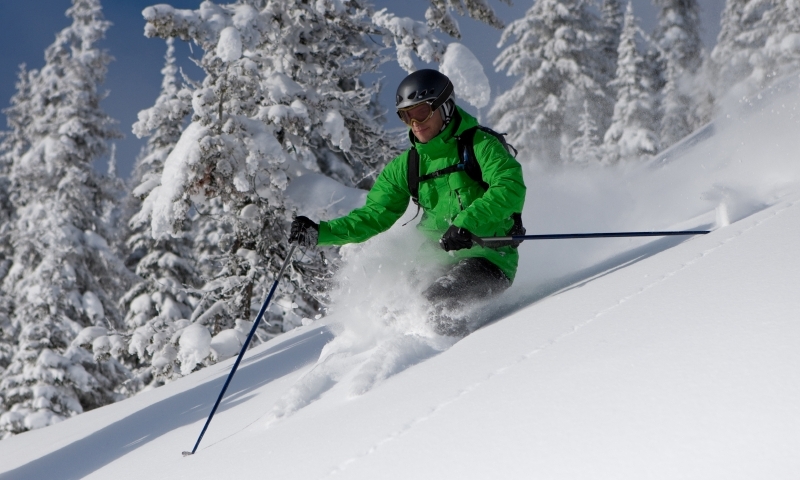 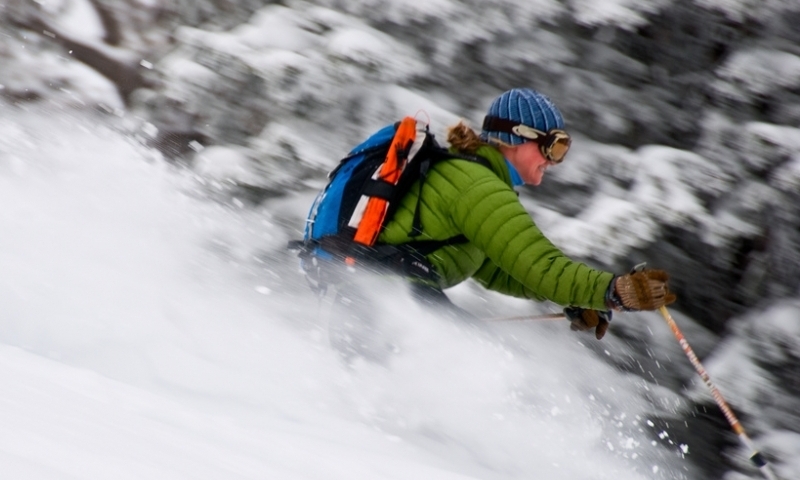 Discover yourself in the raw, untamed world of Montana's backcountry.

The Yellowstone difference is concierge service Rent from us & one of our wranglers will meet you curbside with your vehicle. We know skiers and the vehicles they need.

Just one hour west of Bozeman lies incredible backcountry terrain and our 20' 6-person yurt at the base of Bell Lake. Enjoy lodging-only or guided ski trips, see our options.

An informative guide with Route Descriptions, Avalanche Info, Maps of the Approach and Descent. A complete backcountry ski guide for the region!

A guidebook with 25 routes in 6 mountain ranges in Montana. Check out http://bozemanskiguide.com for a free preview of 3 routes.

Overview
Regardless, exploring the raw, untamed world of Montana's backcountry is unlike anything else in skiing. You will have a new sense of complete emptiness and quiet when you behold the peaks, lakes, rocks, and trees blanketed in at least 20 feet of snow. Really, it's a two-in-one delight for the backcountry skier - discovery of self, and discovery of the surrounding wilderness.

Where to go Backcountry Skiing

Beehive Basin/Middle Basin near Big Sky, MT
In the fall and winter Beehive Basin and nearby Middle Basin are THE spots to get some early season powder turns in Big Sky. Skinning and snowshoeing are viable ways to travel through the snow, but often the trail is already boot packed most of the way.

Avalanche hazard areas are common. Anybody who plans to hike Beehive in the snow should go only with others who have knowledge of the area. It's agreed that certain places shouldn't be hiked without avalanche gear. Avalanches are a reality at Beehive.

Bridger Bowl
Bridger Bowl is world-renowned for its fantastic terrain and great powder. Bridger is unique in that it offers vast amounts of steep, backcountry terrain accessible to those with a beacon, but within the ski area boundaries.

Skiing the Bridger Ridge is more accessible, especially since the addition of Bridger's newest amenity: Schlasman's lift, which carries skiers to just below the Bridger ridge.

There's an electronic counter near the top of the Bridger lift that tests to make sure skiers are wearing a beacon.

Rentals & Fees
To purchase new equipment specifically designed for telemark skiing, it will cost around $2,000 for skis, bindings, boots, beacon, probe, shovel and skins. While any ski works with a touring binding, most backcountry skiers go for boards that are fat for flotation and lightweight to save energy climbing.

Other fees may be incurred if you are planning to backcountry ski at a local Ski Resort, i.e. lift ticket fees at Bridger Bowl, or if you intend to hire a guide, or make use of guided helicopter, snowcat and snowmobile tours.

Hire a Guide
Backcountry means off the beaten track, so how do you get to Montana's backcountry? If you're an extremist, then you'll set off under your own power from Montana's many hundreds of trailheads toward a snow-covered crag. However, this is not a decision to be taken lightly – the terrain can be dangerous if you are inexperienced or ill prepared. However, proper equipment and local knowledge can mean experiencing absolute solitude, untouched powder, and the vision of your tracks being the first.

Of course, you can let someone else do the hard work while you enjoy the view before telemark skiing new powder. With some of the most challenging and beautiful terrain in the world, guided helicopter, snowcat and snowmobile tours are available throughout Montana. All of these put you into backcountry areas quickly, with snowcats, in particular, presenting the advantage of being instant lifts when you're done with a run. Essentially, you're either working for it, or paying for it. 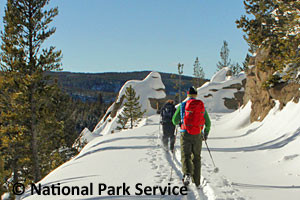